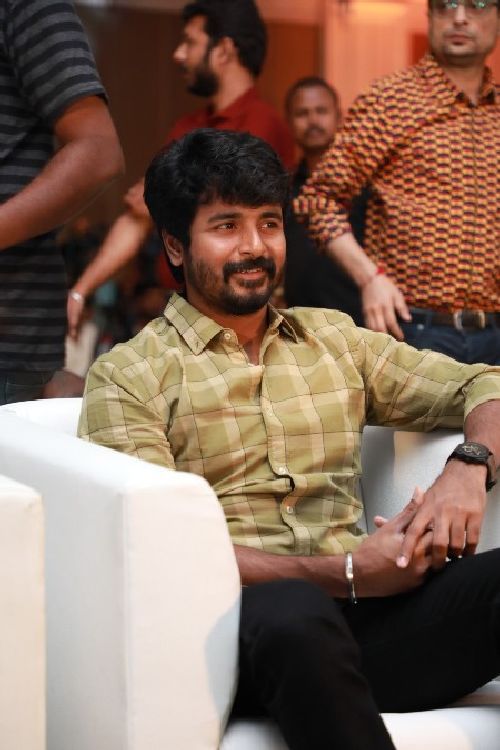 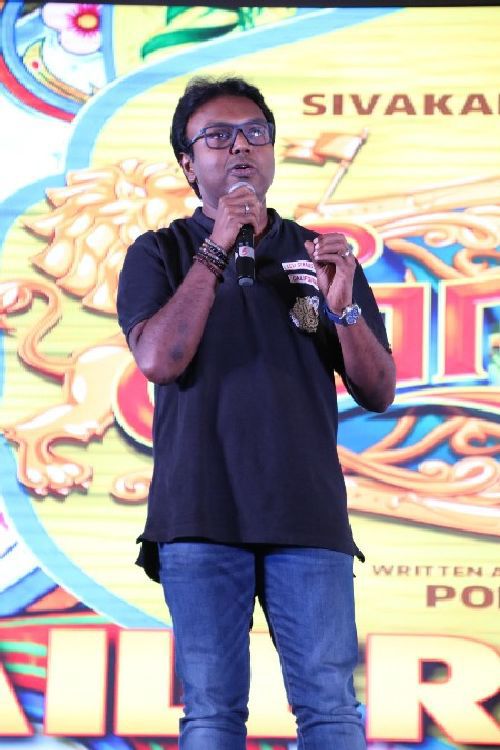 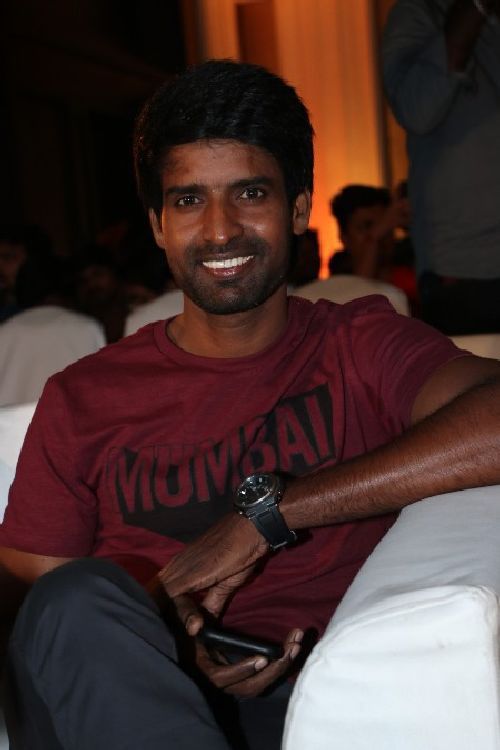 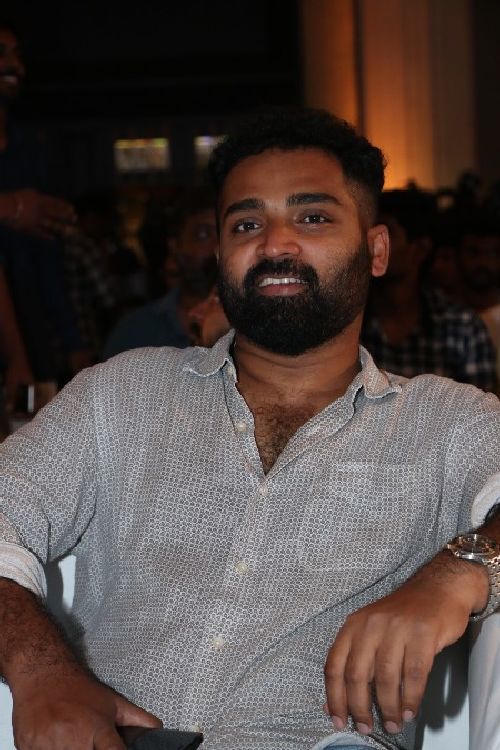 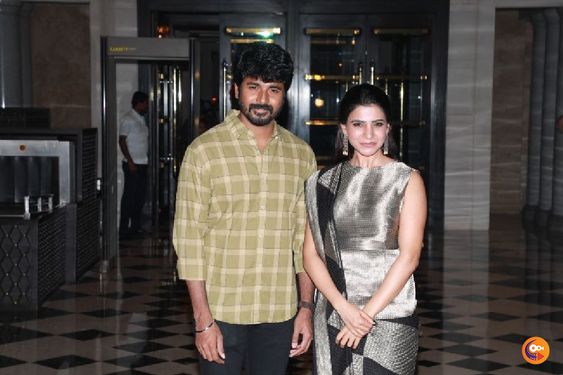 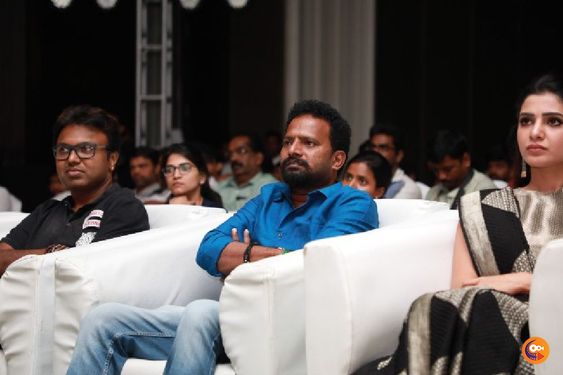 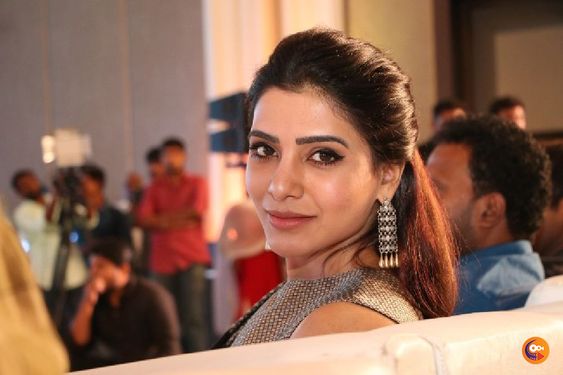 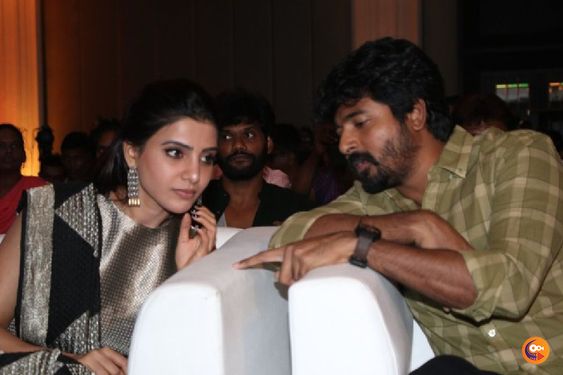 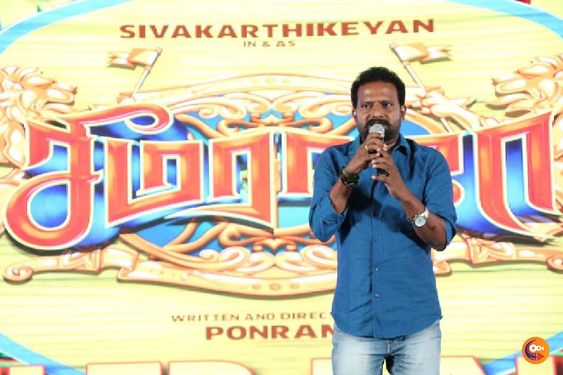 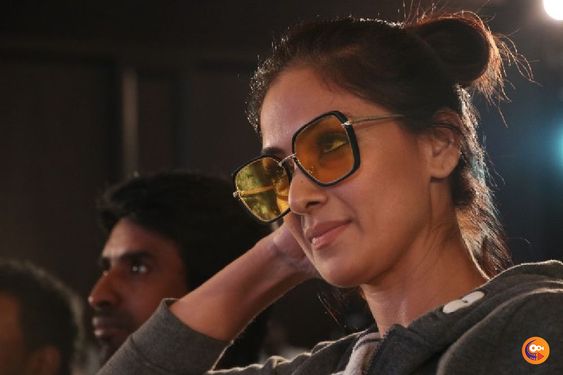 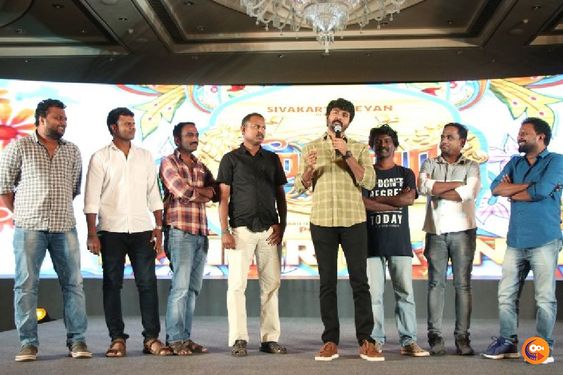 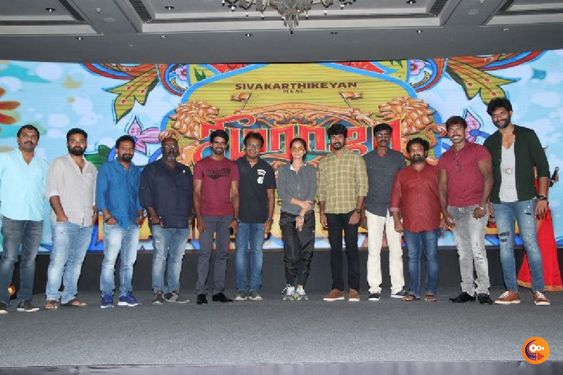 The occasion of Seema Raja trailer  had its release amidst the grand ambience of lights and music. The event commenced with the screening of Seema Raja making followed by theatrical trailer.

Actress Samantha spoke on the occasion saying, “As everyone is saying, Seema Raja is something that belongs to the territory of Sivakarthikeyan and Soori. Usually I have a doubt whether a movie will click before the release , but this one keeps me sure footed and I am really looking forward to the result of this film.”

Art Director Muthuraj said, “it’s always a joy to be a part of this great team. Even before the release, I strongly feel that I am a part of this film. If my art works are looking good, all credit goes to cinematographer Balasubramaniam, who used to show keen interest on every frame. He would keep sending me the frames through WhatsApp, which showed his complete involvement into the film.”

Choreographer Shobi said, “This is the first time I am working with Ponram sir. Sivakarthikeyan has done a remarkable job with dance. It’s not just about my song, but I was so much impressed looking at his dance performance in other songs as well. His scrutinising efforts over the minute details of mannerisms and body language, which will definitely impress the kids. We have done a set work of market place by Muthuraj sir that will be one of the greatest sparklers.”

VFX Artist Bejoy said, “We have worked for a very small portion in the film, but it will be definitely noteworthy. Nearly 400 artists have worked for this particular sequence, which we believe  would be liked by all.”

Cinematographer Balasubramaniam said, “This is a film that we believed by the beginning of the film itself that it would be a successful movie. I would confidently ennoble Ponram as SP Muthuraman sir for his movies easily attract family audiences from kids to elders.”

Music Director D Imman – “I owe a lot to Sivakarthikeyan for a specific reason for taking care of my health and he initiated me to go for proper diet and reduce my weight. Now I would request Soori not to call me Anna, for I am looking slim and fit now. Getting in about Seema Raja, I feel that this is a complete film. I am sure there will be a tremendous festive treat for audiences in theatres with Seema Raja.”

Actress Simran on her part added that initially she was reluctant to be a part of this film as my role was negative, but soon after hearing the script, I felt something special about the role nd immediately accepted it. The entire team of Seema Raja brims with positive and good hearted people. I am glad that I had got an opportunity to work with them and am sure the film will be a delight to family audience.”

Actor Soori in his part rendered a hilarious speech, “Just like Varuthapadatha Valibar Sangam and Rajini Murugan escalated my career, so will be Seema Raja as I believe it personally from the way, the film had shaped up. There is a special element in the film, which Ponram sir has kept me as a secret for me till the release. Just like many credit the success to hero-heroine, myself and Sivakarthikeyan, I would say that your combination with Yugabharathi happens to be a huge contributing factor for a film’s success. Many would say that Sivakarthikeyan had been successful due to luck，but I would definitely slam down such statements. He is someone who has been constantly working for the betterment and improvisations. He never compromises at an ease for anything. His dedication and passion towards his work will definitely take him to greater heights. Recently it happened that I had paid a visit to Tirupathi pilgrimage and I was moving through the crowd to reach the final place of worship. I felt so much delighted to had somehow reached there. But to my surprise, the priest out there recognized me and instantly asked me to convey my regards to Sivakartikeyan. This is the love and warmth that he has achieved through his hard work  I am sure that Seema Raja will take him to the next level.”

Actor Sivakarthikeyan said, “We could have done something as same as before in our previous ventures. But the success that people gave   pushed us to go for an exceptional thing. Now people have been taking the screen shot of me appearing in the look of an emperor have been compared to that of an Internationally acclaimed Baahubali. I am so happy that Ponram sir has made me a King in this film. To journey centuries back in time and be portrayed as a King uttering some of the extraordinary dialogues has yielded me elations. While preparing for this role, I had to roam around with thick bearded looks, where many would ask me if I am having some sickness. But I had to refrain from explanations and now am happy to see the receptions.”

Sivakarthikeyan continued to add, “Just as Anjana said I don’t have any competitors here in the industry and I perceive myself as my own competitor. I have no reasons to feel envy about others and am happy to be a part of the same industry, where there are so many varieties showcased by them.”