Time and again, Vishal has been perfectly striding with his multi-faceted avatars. With the shooting of his upcoming film AYOGYA happening at brisk pace, the first look of this film has been unveiled. It’s yet again being proved that Vishal is turning into an unmatchable macho hunk for his tough and dashing looks, which is literally evident with his look in this film. Touted to be a racy action packed entertainer, the film features Raashi Khanna in female lead role. 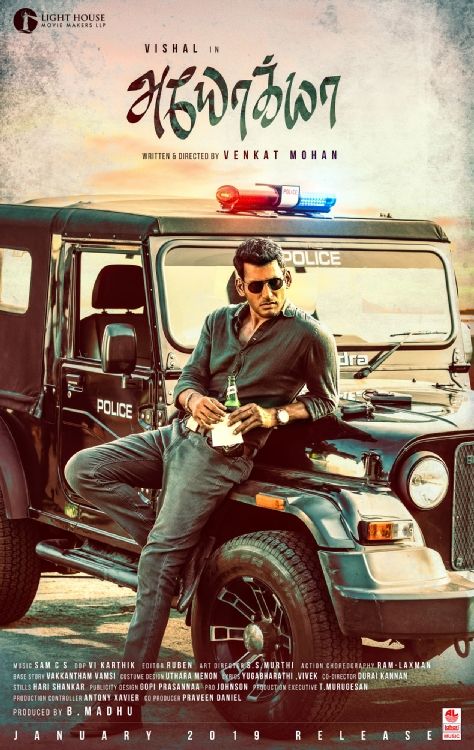 The shooting of Ayogya commenced in Chennai followed by other schedules in Vizag and Hyderabad and is now continued in Chennai. The official word on the film’s trailer, audio and worldwide theatrical release will be revealed.

Ayogya is directed by Venkat Mohan and is produced by B Madhu for Light House Movie Makers LLP. R. Parthiban, KS Ravikumar, Sachu, Vamsi and others will be seen playing important roles in this movie.

AYOGYA is scheduled for worldwide release in January 2019.